Department of Environmental Resources and Geohazards

Research on changes taking place in geographical environment under the impact of large hydrotechnic facility – that is “Włocławek” barrage – was started already at the stage of its construction. The first facilities of the research station in Dobiegniewo appeared, however, as late as in 1976. At the beginning a small container-type modular building was placed there, with a conventionally equipped meteorological garden. Successively enlarged and modernized, the research station is composed of four wooden buildings that were made on the basis of container-modules, with a total surface area 80 square meters, and metal hangar – a shelter for boats. The originators and founders of the research station were Mieczysław Banach and Marek Grześ, currently professors of the Pomeranian University in Słupsk and Nicolaus Copernicus University in Toruń. Assoc. Prof. Marek Grześ was the first head of the station. Since 1996, this position has been held by Dr. Piotr Gierszewski, with Elżbieta Szpadzińska, a half-time worker, fulfilling the function of caretaker and observer. 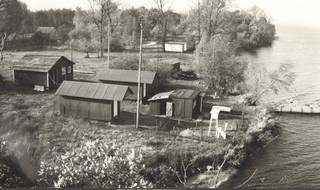 Research Station in Dobiegniewo constitutes a base for hydrological and geomorphological research studies carried out by the staff of the Department of Environmental Resources and Geohazards on the Włocławek reservoir and on its surroundings. It also fulfills the role of storage space for equipment used of field studies and as and “archive” for samples of geological material. 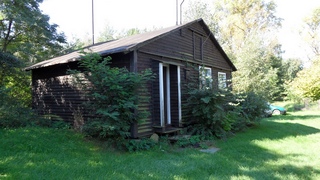 Geomorphological and hydrological studies are not only concerned with the Włocławek Reservoir and its shore zone, but also with catchments located in the bottom of the Płock Basin. Since 1990, the Ruda River catchment has been covered by hydrological and hydrochemical monitoring (53.2 square kilometers). In addition, catchments of the left-bank Skrwa River, such as Zuzanka, Rybnica and Rakutówka rivers, have been the subject of investigation. 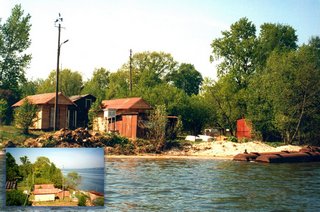 On the grounds of  research station is a meteorological garden that is equipped with instruments for measuring of air temperature and humidity, soil temperature, direction and speed of wind, precipitation and depth of snow cover. In the Włocławek reservoir, observations are made with regard to the course of ice processes, levels and temperature of water as well as to heights of wave motions. Meteorological and hydrological monitoring has been conducted at the station since November 1977. In 1999, automated weather station, „Weather Monitor II”, was installed, which every 15 minutes registers temperature and humidity of air, speed and direction of wind, atmospheric pressure and precipitations. At the distance of 3km away from the station, on the Ruda river, control and measurement instruments were installed, where since 1989 levels of and volume of river flow have been measured.